6 degrees-of-freedom robotic mapping is a video projection framework that allows the user to map every surface of a room to a fictional architecture materialized onto the existing one with a single-projector configuration, thus synchronizing the tangible and new virtual dimensions of space.

Initially developed in November 2019, the system consisted of a video projector mounted on an ABB IRB 120 robotic arm equipped as an external tool. In this prototype, the user interacted in real-time with the projection's area entering a sequence of line commands that changed the location and orientation of the projector. This control pipeline was possible thanks to the plugin Machina —developed by J. L. Garcia del Castillo— which interfaced the robot arm with Robot Studio and Grasshopper running in a PC. In parallel, the arm's motion was reconstructed in an interactive 3d model in Rhino6 and TouchDesigner and was used to simulate the unwarped version of the video feed output by the projector when mapped onto the physical surfaces of the room. 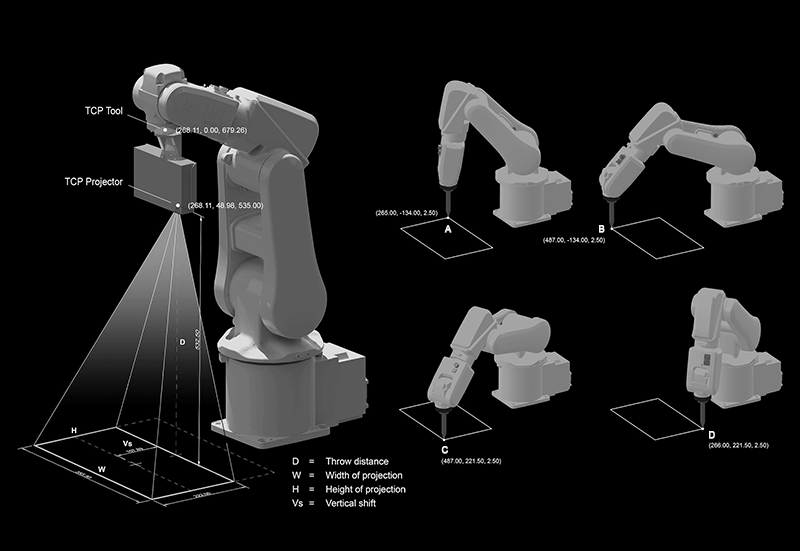 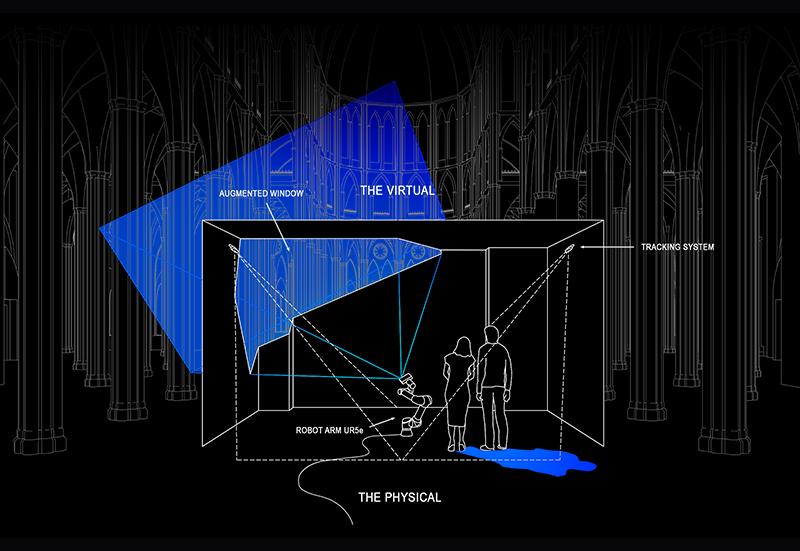 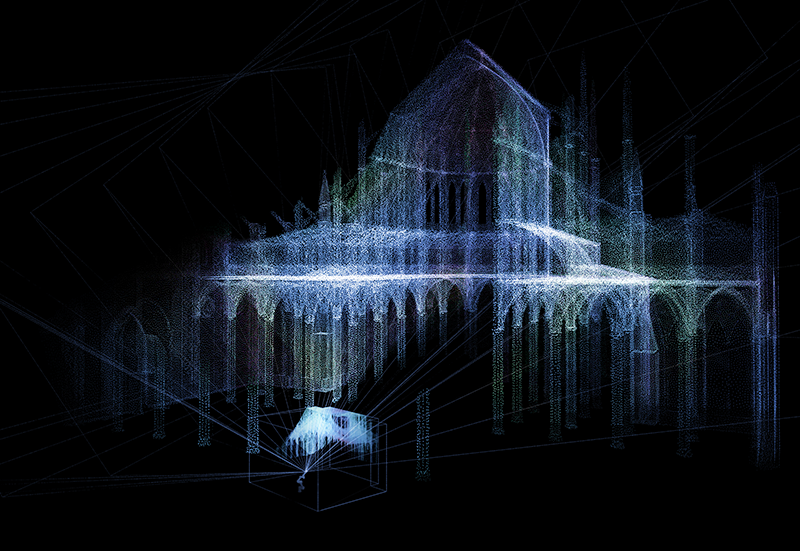 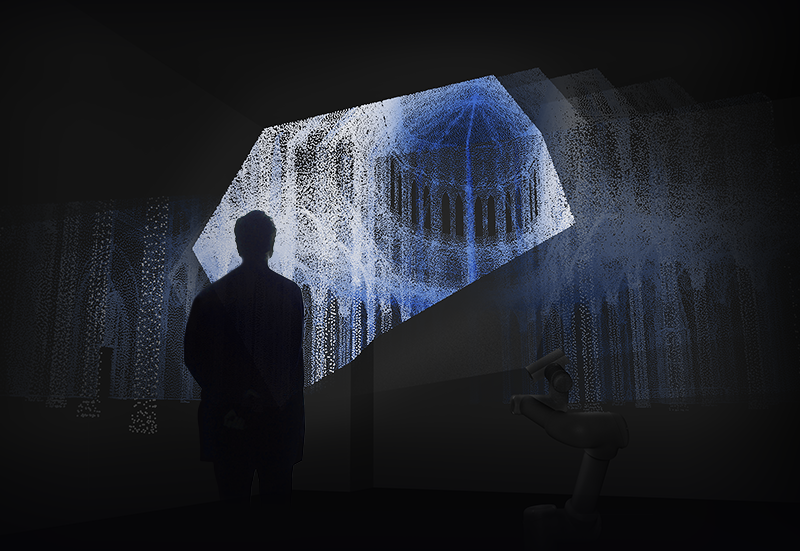 • Project supported by School of Architecture's dFAB Lab at Carnegie Mellon University and with the advice and assistance of Ardavan Bidgoli, Jichen Wang, and Jose Luis Garcia del Castillo.
• Submitted to the Robots in Quarantine 2020 Design Competition by BRDG Studios, SHIFT, and Applied Controls (called off).