The Cardinal Recorder is an orientation-aware portable recorder that indexes voice memos into one of the four cardinal directions and their intermediate ones: N, NW, W, SW, S, SE, E, and NE. This sensory augmentation wearable functions as a mnemonic assemblage interfacing the cardinal space of a domestic setting with its audio-memory archive.

The device is comprised of two parts: a recording module with audio-processing power and a built-in microphone; and a wired headband with a magnetometer sensor and a bone conductor audio transducer for ear-free playback. Once the wearer mounts the headband and turns on the device, the system enters the searching mode. The orientation sensor perpetually detects and streams the cardinal orientation of the user's heading to the main module. For every cardinal direction, there is one cardinal slot that can store up to one single recording of a 1-minute duration. 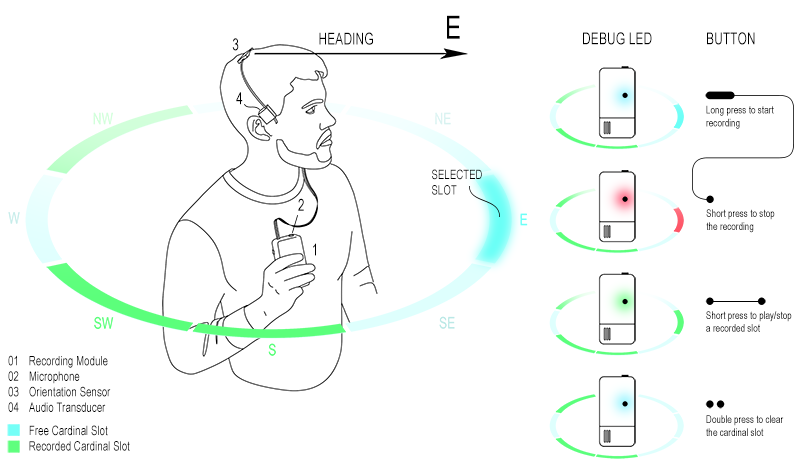 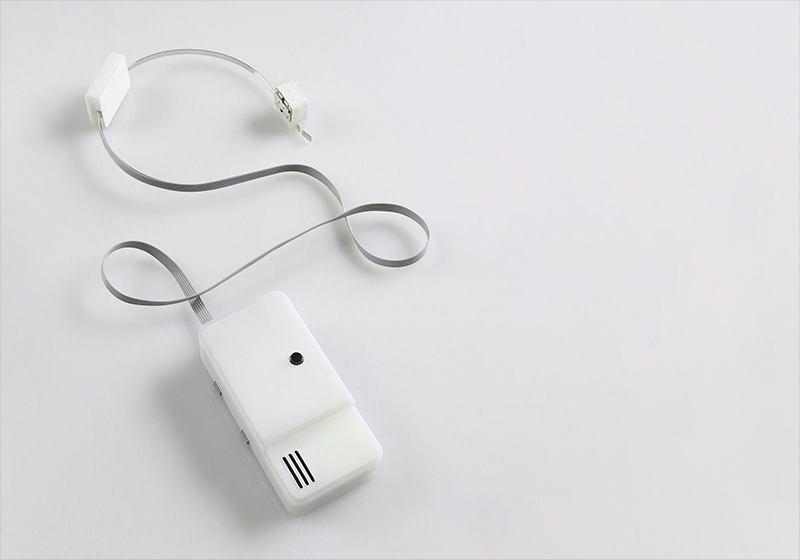 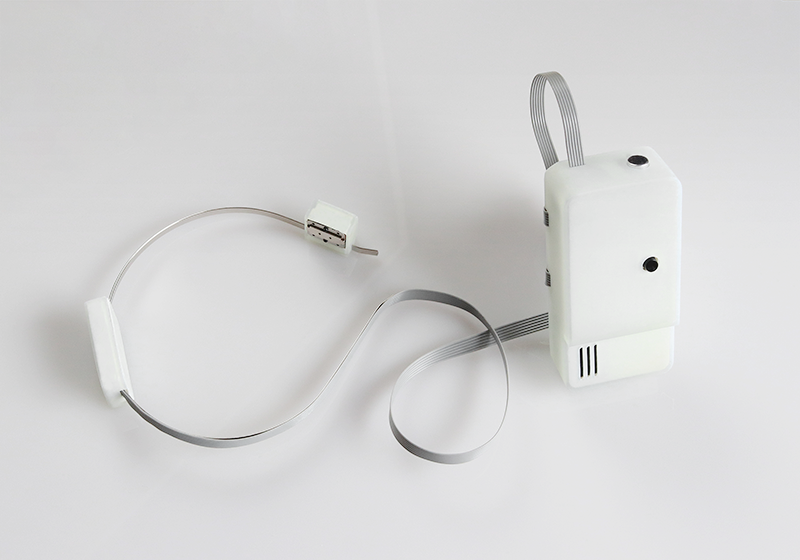 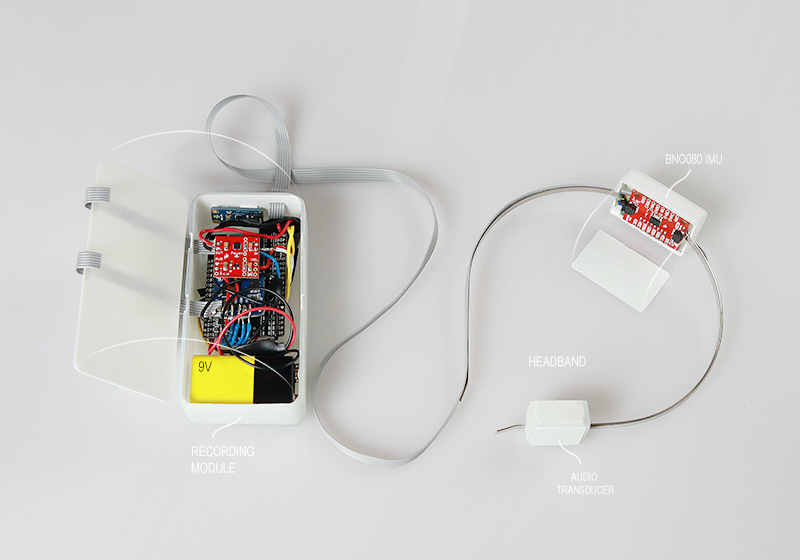 The system uses an Arduino MEGA 2560 PRO Embed board, a BNO080 IMU triple-axis accelerometer, gyroscope, and magnetometer, a microphone with built-in automatic gain control, and a mono preamp board connected to a bone conductor audio transducer. The application uses the library TMRpcm Audio library for asynchronous playback and recording of PCM/WAV 8-bit files from/to an SD card. 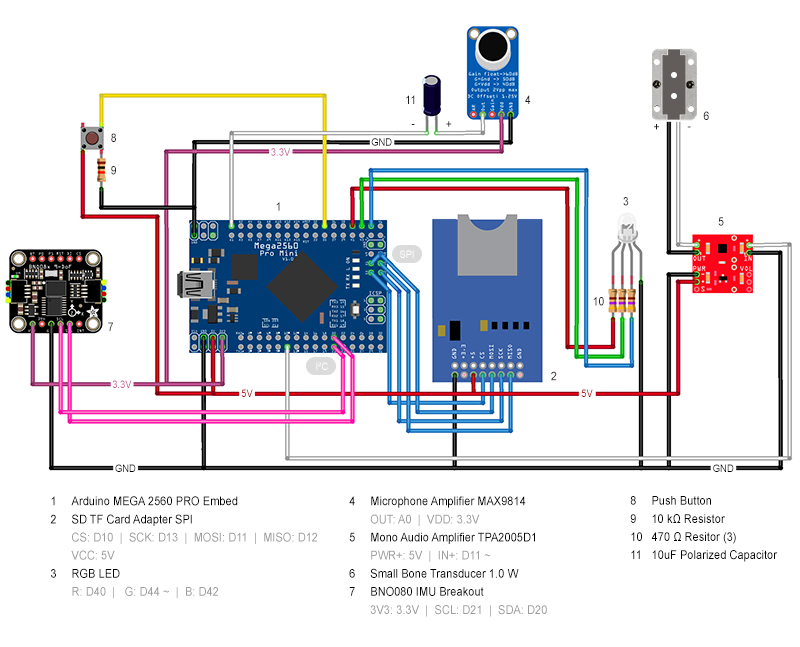