Gravity Simon is a remake of the electronic board game launched by Ralph H. Baer and Howard J. Morrison in 1978 at Studio 54 in New York, Simon. In the original gameplay, the four-color display shows a pattern of lights with different tempos to the player that they have to repeat pressing each light in the same order. Every round the patterns become faster and more complex to follow.

In Gravity Simon an LED display shows 8 different shapes linked with 8 different notes (C3 to C4) and 8 different orientations. After listening (and watching) the melody, the player needs to align the position of the breadboard with that from the listened melody and click a button to record that sound. If they play all the sounds in the correct order the player wins the round and another level is loaded into the game (check the demo video in YouTube). 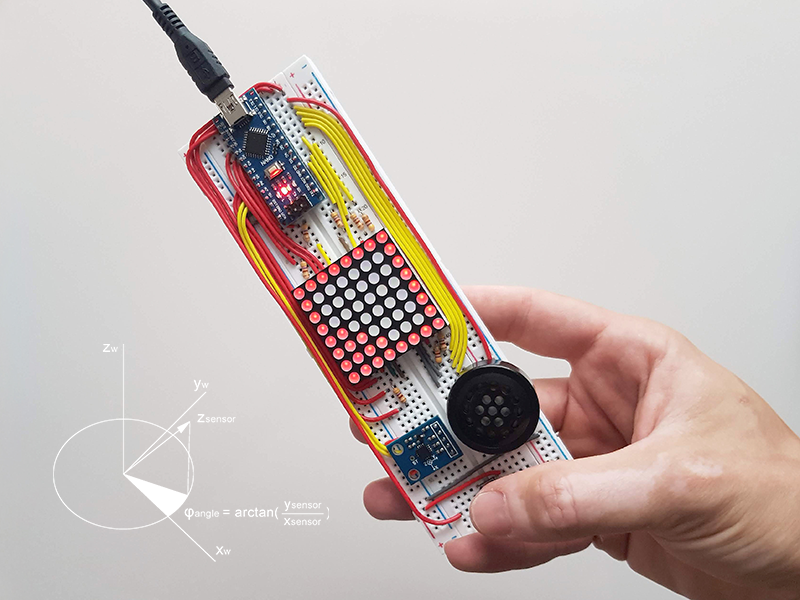 The assembly uses an ADXL334 3-axis accelerometer to measure the gravity acceleration in each axis of the sensor, an individually assembled 8x8 LED-matrix, and a piezo speaker to play the melodies. Each graphic element displayed is encoded as an 8-byte hexadecimal number that triggers each LED light row by row.

• Check how to build this project in Arduino Project Hub. 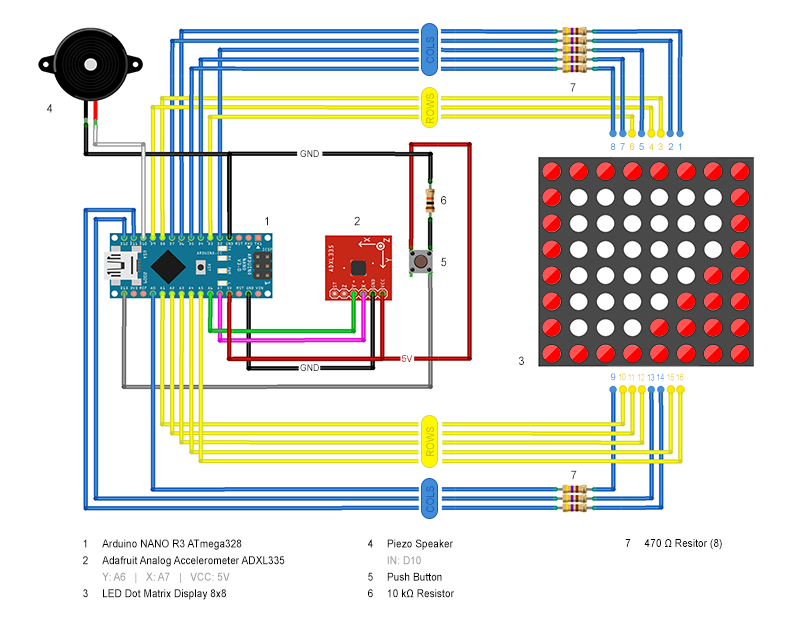